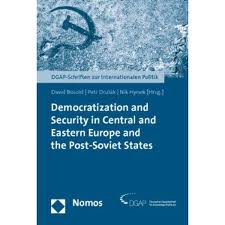 This book edited by David Bosold, Petr Drulk and Nik Hynek analyzes the democratization processes in the Eastern EU Member States, as well as the former Soviet republics, 20 years after the fall of the Berlin Wall. The contributions mainly deal with the security-political dimension of the transition. The case studies clearly point out that the often predominating sizing of the political map (into successful democracies of Central and Eastern Europe on the one hand, and into their more or less autocratic neighbor States on the other hand) is too simple for evaluating the present dangers for the new democracies and the reform potential in the post-Soviet area.