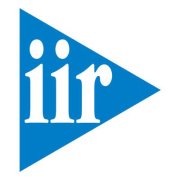 The question of continuity and change in the US Foreign/Security Policy (henceforth USFSP) after the accession of President Obama can be constructively studied from two complementary perspectives: the thematic perspective and the procedural perspective. This method determines the structure of this analysis. In the beginning, key issues of the USFSP in the context of the change of the American administration are examined. A part of the discussion of the transition from the Republican administration of George W. Bush to the Democratic administration of Barack Obama will be an attempt to follow the continuity and change in the key issues of the USFSP and the change in the prioritization of issues.
For a comparison of the approaches of Bush and Obama, one needs to approach the topic indirectly due to the fact that Obama’s presidency is still in its early stages, which means that we still cannot completely evaluate the USFSP under the current American president. It is precisely the fact that it is impossible to compare eight years of the government of George W. Bush with approximately seven months of the Obama government that is the cause of the indirect approach of this evaluation. It will be based on a combination of extrapolation from existing but still scattered early signals and defining what can be regarded a success when considering the goals of the primary issues of the USFSP on the basis of Obama’s publically known positions. Subsequently, an evaluation of the preferred procedural means of reaching the set goals in the framework of the central issues of the USFSP will tie into the perspective related to changes in thematic priorities. The main finding of the first part will be that even though Obama is seen as the president who put an end to several trends that were introduced by Bush, such a conclusion must necessarily be rejected as reductive or even misleading. In contrast to this, in the second part, the analysis will point out several shifts associated with the change of the administration.