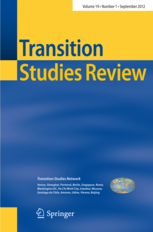 International migration is a historical phenomenon, which only recently has gained increasing importance, representing a focal point on the political agenda in most countries. One of the reasons is the deep transformation occurring in last decades, both at global and local level, of the role played by its protagonists that are turning to be transnational agents. This is especially true for the skilled professionals, who migrate internationally. As a matter of fact, international human capital mobility is now regarded as ‘‘brain circulation’’ rather than ‘‘brain drain’’: this new concept concerns individuals who maintain frequent and continued social, economic and political ties with their country of origin, exceeding thereby the territorial and cultural boundaries. In this scenario, China is one of the main sending countries of highly-skilled migrants, through which it can built economic and academic relations with other economic and technological advanced countries. Recently, Chinese policy makers have started to consider the brain drain phenomenon as an oppor- tunity for the transmission of business and technological know-how, as well as tacit knowledge that is hard to find through official channels. This article by Alfonso Giordano, ECIA Managing Director, and Antonietta Pagano, ECIA Researcher, intends to contribute to the scientific debate on the subject, highlighting the international relevance of the so-called Overseas Chinese Professionals (OCPs), investigating their spatial distribution and features. Besides, the paper will examine the emerging returning flow and the challenge that the country will have to cope with in the next future to impose itself as a innovative leading economy. Go to the article