Mounir Bouchenaki is Special Advisor to the Director General of UNESCO-United Nation Educational, Scientific and Cultural Organisation, and has been the Director General of ICCROM-International Centre for the Study of the Preservation and Restoration of Cultural Property. He was the Director of the UNESCO Division of Cultural Heritage of the Culture Sector and served as acting Director of the World Heritage Centre. He has been awarded of several titles by the French Republic and the Italian Republic. Mr. Bouchenaki has written books and articles on cultural diversity and intercultural dialogue.
Giorgio Dominese

Giorgio Dominese is founder of CEEUN-Central Eastern European University Network, Coordinator of Transition World Research Network and Editor of two international journals: Transition Studies Review and the Journal of Global Policy and Governance, both published by Springer. Currently, he teaches Economic and Financial Government at Tor Vergata University of Rome and Geopolitics at the LUISS University of Rome. He had been Visiting Professor at the Institute of International Relations of the Fudan University in Shanghai, from 2008 to 2010. Besides, in 2009 he became full member of the European Academy of Sciences and Arts in Salzburg.
Lucio Guerrato

Ambassador of the European Union

Lucio Guerrato is a former ambassador of the European Union. He was the Head of the Delegation of the European Commission in the Kingdom of Morocco and in the Republic of Algeria. Ambassador Guerrato was also the Executive Director of the Anna Lindh Euro-Mediterranean Foundation for the Dialogue between Cultures of which he is now member of the Advisory Council. Mr. Guerrato has written several books and articles on Middle Age history, mediterranean relations and literature.
Raymond Hinnebusch

Raymond Hinnebusch is Professor of International Relations, Director of the Centre for Syrian Studies, and a member of the Institute of Middle East, Central Asian and Caucasus Studies at the University of St. Andrews. He is also a member of the National Advisory Committee, Middle East Policy Council. Professor Hinnebush has held grants from bodies such as the Leverhulme Trust and the US Institute of Peace (USIP), and has published several key texts on Middle Eastern politics as well as has published in most major Middle East Studies and International Relations journals.
Parag Khanna

Senior Research Fellow in the Centre on Asia and Globalisation, National University of Singapore 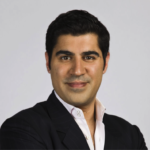 Parag Khanna is a leading global strategist, world traveler, and best-selling author. He is a Senior Research Fellow in the Centre on Asia and Globalisation at the Lee Kuan Yew School of Public Policy at the National University of Singapore. He is also the Managing Partner of Hybrid Reality, a boutique geostrategic advisory firm, and Co-Founder & CEO of Factotum, a leading content branding agency. He is author of a trilogy of books on the future of world order beginning with “The Second World: Empires and Influence in the New Global Order” (2008), followed by “How to Run the World: Charting a Course to the Next Renaissance” (2011), and concluding with “Connectography: Mapping the Future of Global Civilization” (2016). In 2008, Khanna was named one of Esquire’s “75 Most Influential People of the 21st Century,” and featured in WIRED magazine’s “Smart List”. He holds a PhD from the London School of Economics, and Bachelors and Masters degrees from the School of Foreign Service at Georgetown University. He has traveled to more than 100 countries and is a Young Global Leader of the World Economic Forum

President of the Robert Schuman Foundation

Alain Lancelot is the president of the Robert Schuman Foundation in Paris. After having taught political science, he is now Professor emeritus at Institute of Political Studies of Paris of which he has also been director. Professor Lancelot was visiting professor at the universities of Montreal, Algiers, Ottawa, New York and Florence. He was a member of the council of the democratic elections of the Council of Europe and of the Constitutional Council of France.
Robert Leonardi

Robert Leonardi is Senior Lecturer in European Union Politics and has been Director of the Economic and Social Cohesion Laboratory at the London School of Economics and Political Science. Besides, he is member of the UK Academy of the Social Sciences and President of the Conference Group on Italian Politics and Society of the American Political Science Association. His fields of interest are European Integration and Italian Politics, Comparative Politics, Cohesion Policy as well as for Political Parties and Regional Policies.
Emma C. Murphy

Emma C. Murphy is Professor of Middle East Political Economy School of Government & International Affairs of Durham University. She is also Senior Lecturer in Middle East Politics at Institute for Middle Eastern and Islamic Studies at the same university, Fellow of the Royal Society of Arts and an Academician of the Academy of Social Sciences. Prof. Murphy holds a PhD degree from University of Exeter.
.
Giuseppe Sacco 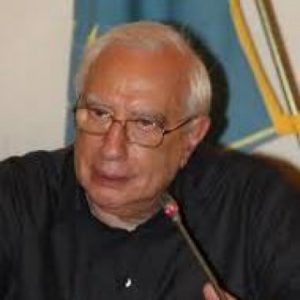 Giuseppe Sacco is the Editor in Chief of the European Journal of International Affairs at the ECIA. He has been Professor of “International Relations and World Economic Systems” at the Luiss-Free University of Rome. Previously he was Professor at the University of Florence and at the Institut d’Etudes Politiques, Paris. He was a Visiting Professor at Oxford, California-Los Angeles, Princeton Universities, and also he was Visiting Scientist at Brookings Institution in Washington, DC, and at the Massachussetts Institute of Technology (MIT). For four years, (1976-80) he was the Director of Division in the Organization for Economic Cooperation and Development in Paris (OECD). Professor Sacco also served the European Commission and as well as he was a consultant for international Institutions and MNCs in over 40 countries.
Enric Olivé Serret

Stefano Pontecorvo is the Italian Ambassador in Pakistan. He has been Diplomatic Counsellor of the Italian Minister of Defence, the Italian Deputy Ambassador in the UK and Vicedirector of the Directorate General for Sub-Saharan Africa at the Italian Ministry of Foreign Affairs. Previously he worked at the OSCE-Organisation for Security and Co-operation in Europe as Head of Cabinet to the Italian State Secretary for Foreign Affairs, and at the Permanent Representation of Italy to the European Union as Counsellor for External Relations. Mr. Pontecorvo was also Director of the Stability Pact for Southern Eastern Europe and Adjunct Professor of International Relations at the Faculty of International and Diplomatic Studies, University of Trieste.