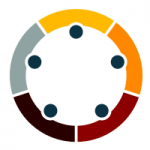 Based on the experience obtained in the Visegrad Countries during its four-semester V4 Prevention programme in 2014-2015, the Budapest Centre for Mass Atrocities Prevention (BCMAP) continues its efforts to improve the capabilities and interactions of the Visegrad Group to prevent mass atrocities, counter extremism and radicalization, and address the impact of on-going migratory flows on societal and political stability. To that end, the BCMAP launches a 10-month Initiative under the title “V4 Task Force on Prevention of Mass Atrocities” in collaboration with institutions and experts from Visegrad Countries and the International Visegrad Fund. The Initiative the “V4 Task Force”, moderated by Enzo Le Fevre, ECIA Fellow, intends to map the State of the Art of preventive capacities in the Visegrad Countries in implementing the principle of the Responsibility to Protect with a focus on the opportunities for cooperation and the challenges faced when countering anti-Semitism, anti-Roma feelings, hatred, extremism, and radicalization.

Go to the Lecture